It is a well known fact that both chemotherapy and radiation for cancer patients causes peripheral neuropathy. However, a new study shows that recording from the dorsal sural nerve (DSN) may be a good method for early detection of oxaliplatin-induced peripheral neuropathy (OXAPN), a drug used widely in cancer treatment.

The researchers found it may be a better predictor than traditional sural nerve recording and should be easy to implement in clinical practice.

Paola Alberti, MD, from the Department of Surgery and Translational Medicine at the University of Milano-Bicocca in Monza, Italy, reported results at the 24th Meeting of the European Neurological Society.

Dr. Alberti explained that while oxaliplatin is a cornerstone drug in the treatment of colorectal cancer, neurotoxicity is the dose-limiting effect of the drug, causing both acute but transient cold-induced paresthesia after infusions as well as potential chronic axonal sensory neuropathy, manifesting as sensory ataxia and neuropathic pain.

So an unmet need is being able to make prognoses for individual patients in terms of neurotoxicity. Researchers therefore performed a multicenter prospective study to test conduction recordings of the DSN as an early predictor of the neurologic outcome at the end of chemotherapy.

Study participants (n = 116) were adult patients with colorectal cancer who were to receive adjuvant or first-line oxaliplatin-based chemotherapy. OXAPN was evaluated with the Total Neuropathy Score-clinical version (TNSc).

Previous studies had shown that DSN recording could detect even subclinical neuropathy earlier than sural nerve conduction studies could in diabetes, impaired glucose tolerance, and vitamin B12 deficiency. The technical advantages of DSN recording are that it is easy to perform (measuring on the lateral aspect of the dorsum of the foot), is noninvasive, and can elicit readings even in elderly patients. 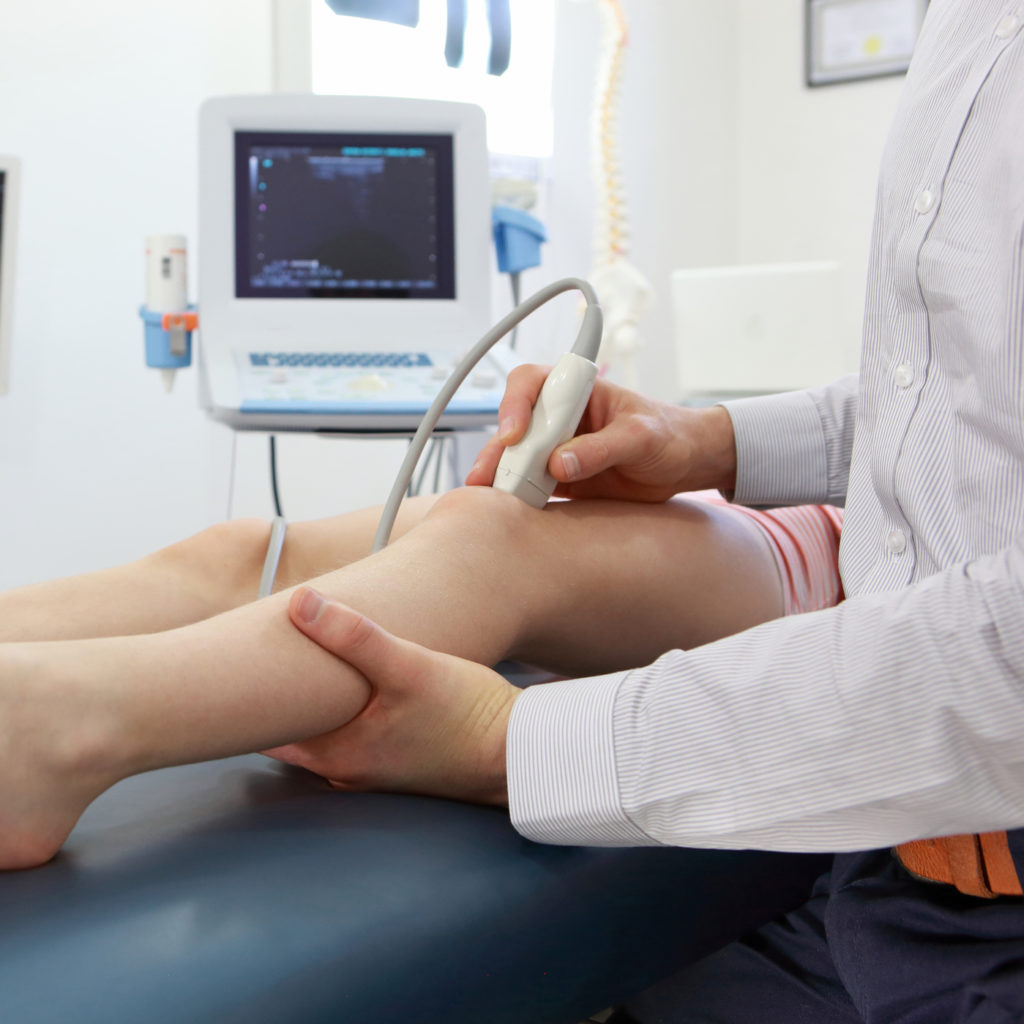 Got questions about our Diagnostic Testing Services? We have answers here. 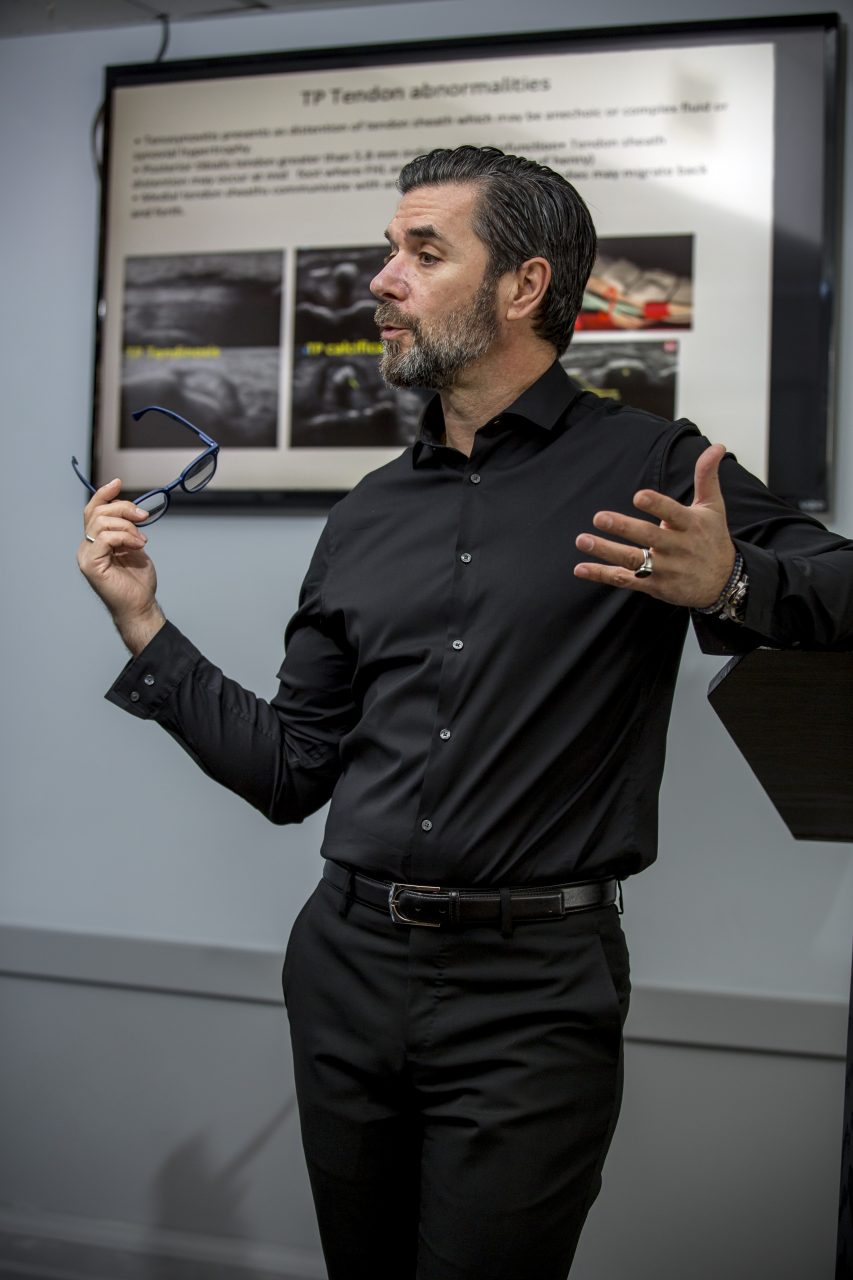 Are you a PT Interested in HODS Advanced Physical Therapy Diagnostic Network? 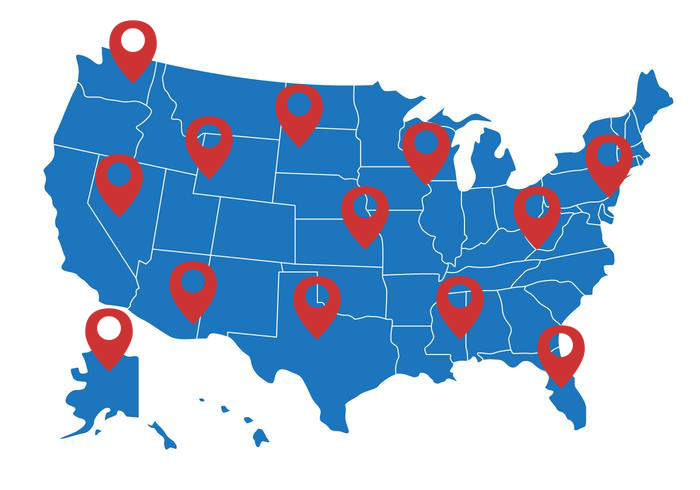 The Highest Standards. The Best Treatment Solutions for Everyone.

This is what our Patients say

The professionalism and knowledge you showed me was outstanding. You really educated me each step of the way, and I thank you for it. I get a little nervous doing tests, and you made me feel at-ease. Thank you, my favorite EMG guys and girls.

What a great service! It was quick, easy and painless. I was very satisfied with the outcome. Thank you very much.

What a great test. I can't believe my doctor didn't propose having EMG Testing do it sooner. We got to the bottom of my problem, and I am currently working with my doctor to fix it. All thanks to you!

Hands-On EMG Testing has helped me get back to work. Before I had an EMG done, my doctor was not sure of the cause of my problem, and after Dr. Kostopoulos performed an EMG on me, we finally had the answer that we were searching for. Thank you Hands-On for the excellent work!

There are no words that can describe the patient care and hospitality of this office. Staffs are extraordinary. Therapists are awesome. They focus on the speedy recovery. Varunda my therapist is the best I know. She goes out of her way to help her patients. I would definitely recommend this place and would encourage to tell your family and friends to try this place.

I have visited a few physical places but nothing was like my experience with Hands On PT. The staff was amazing, knowledgeable, friendly and professional. They use a new technology of ultrasound that I was able to look inside my knee that was hurting and they showed me my exact problem. Thanks to them I am back to normal and running around with NO pain. Highly recommend them.

My experience was great and especially, when they were able come across my physical needs and treatments that I needed. All the necessary testing and examiners were meet. Remember, health is wealth! Be well and thank you all.

I needed to thank you all for all that you have done for me. Not only did you treat me with care and compassion through out my treatment, but now I can finally get back to the old me who was fun and outgoing. Helping me understand my problem and why I was suffering has made such an impact to my recovery which I was not expecting. Thank you all for the extraordinary work you do and helping me.

This is what Doctors say

I always send my patients to HODS approved Physical Therapy and Diagnostic Centers because they do not just treat the patient blindly, but they use ultrasound imaging and EMG technology to know exactly the muscles, joints and nerves to treat.

I have absolutely no hesitation in recommending to my physician colleagues HODS Approved Physical Therapists to perform electrophysiologic EMG/NCS services and treatments to my patients.

EMG and Ultrasound Imaging testing has been a very valuable tool for my practice and my patients. I strongly recommend HODS approved Physical Therapists for the performance of the testing and treatments for my patients. I can have the testing done fast and reliably.

This is what Physical Therapists say

We recently received an urgent request for an EMG from one of our referring orthopedic Physician Assistants. He was concerned for one of his patients who developed a sudden foot drop (without lower back pain). Although the MRI of her lower back was positive for L4-5 :L5-S1 Disc bulges with nerve root impingement, the neurologist was convinced that there was a nerve impingement at the knee, and the foot drop was not coming from the back. The neurologist did not recommend neurodiagnostic testing. As a Within days, I performed an NCV/EMG for this patient, which was positive for L 4-5 lumbar radiculopathy. She started physical therapy treatment for her lower back the following day, including lumbar joint mobilizations/ manipulation, nerve gliding/ flossing, biofeedback and strengthening exercise, and within 2 weeks she demonstrated improved strength of ankle dorsiflexion and continues to progress. Throughout treatment, she had minimal to no lower back pain. The neurologist was still unconvinced that the problem was originating from the lower back, so he ordered an MRI of the knee/ fibular head, which was negative. (While waiting for the MRI results, I performed a NMSKUS, which was also negative for pathology of the fibular nerve at the fibular head.)

We had a patient come in after wrist fracture completed PT and was doing well. She then contacted Dr. David one morning when she could no longer move her thumb. Dr. David told her to come in (we are a HODS Approved Diagnostic Center) and did an MSKUS on her thumb tendon and found it was ruptured. He was able to send her to the Orthopedic Surgeon for repair and she is now doing exceptionally well because of us being able to help her with the testing.

We had a significant win with an insurance company that was denying a firefighter a meniscal arthoscopy due to poor MRI quality. We are a HODS approved Diagnostic Center and we decided to do an MSKUS for his knee. After we sent the results to the patient's Orthopedist, he forwarded them to the insurance company and they were convinced to allow MD to get another MRI which confirmed MSKUS findings. Pt. had a significant flap tear and underwent a successful menisectomy. MD and patient were extremely happy because we were able to help them.

We recently started marketing to physicians the value of the diagnostic testing to our patients and how we get great results from the testing. As a HODS approved Diagnostic and Physical Therapy Center, we just acquired three new referral sources that we did not have them before. A Rheumatologist that sends us exams to determine her medical intervention as well as 2 orthos who are sending to us to perform MSK's since they cannot do them. We are helping patients every single day even more effectively because of the diagnostics.

We demonstrate and use MSKUS in our knee and shoulder workshops where we are able to show patients inside their body and identify on the spot their root problem. We are a HODS Approved Diagnostic Center. An orthopedic doc recently called us and asked us to do an EMG test on a patient because he and a neurosurgeon disagreed on the cause of the foot drop. EMG/NCV was able to confirm radiculopathy which is what the ortho has suspected. Now the patient is doing already better because he had the proper medical and PT management.

We recently had a patient that came in s/p TKR and knee and foot pain and numbness. As a HODS approved PT and Diagnostic Center we did an EMG and found out that the real issue was an L5 radiculopathy. Her secondary back pain and primary knee pain/numbness resolved within a few visits. This is all because we are implementing Advanced Diangostics in our practice.
We use cookies to improve your experience on our website. By browsing this website, you agree to our use of cookies.
More info Accept